Tony Sokol began his career in property taxes as a residential appraiser for the City of Lansing in 1979, achieving Senior Appraiser status in 1982. In 1984 Tony decided to leave the public sector and join a major tax consulting firm to be their Chief Appraiser for the next 9 years. During that period of time, he negotiated property tax settlements for major companies throughout the United States.

In 1993, Tony co-founded Valu Tec in Fort Wayne, Indiana. By the year 2000, Tony became the sole owner of Valu Tec. He has continued to maintain the highest standards both in appraising and property tax consulting assignments, and has worked diligently to always do what is right for his clients.

Tony has achieved designations as a State Certified Appraiser in several states throughout his career. He currently maintains his Certified General Appraiser designation within the State of Michigan, and is also a certified Level III-Advanced Assessing Officer. 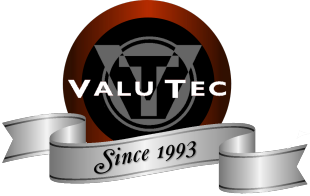